A gigantic weightless astronaut floats above the city in the centre of Berlin. The astronaut is an impressive figure, faceless and oversized. The work is a classic mural that imprints itself in the mind of a passer-by. After one has passed by the astronaut still lingers on the retina for a while. In this sense Ash’s works are immediate but will stay with you for a while to make you think, to annoy you, or to make you reflect.

Ash has done a great number of huge, five-floor-high murals in the streets, many in Berlin. His works are ”in your face” and visible to everyone, also to those who have not actively sought them out. In Ash’s words, his works are always a direct reflection of what takes place in society here and now. Ash doesn’t give answers or solutions to the dilemmas, which are described in the works, rather he points at certain things in society and questions the present state of things. The works often deal with the contrast between the urban and the rural as well as with those anecdotes, which rise from this dichotomy. Ash transforms the murals into corresponding themes on canvas, prints and occasionally t-shirts for the Parisian- based designer Agnes B, who is also a long time collector and friend of Ash.

The search of identity in youth subcultures is another reoccurring theme in Ash’s works. Here we sense Ash’s past as one of the pioneers on the European graffiti scene. As a teenager in Paris he was fascinated by the play with identities and the energy, which defines graffiti. Even if his technique reveals his past as a writer, the scope of his work is something completely different now. These days he is occupied with developing as an artist. With his raw stencil style and his use of figures that look like silhouettes, which he adapts to different surfaces such as walls, paper and glass, Ash has developed a new signature within which he constantly renews himself. He is increasingly manifesting himself through a large number of exhibitions and events. Ash is now based in Copenhagen, Denmark, and works throughout Europe mainly in Germany and France. 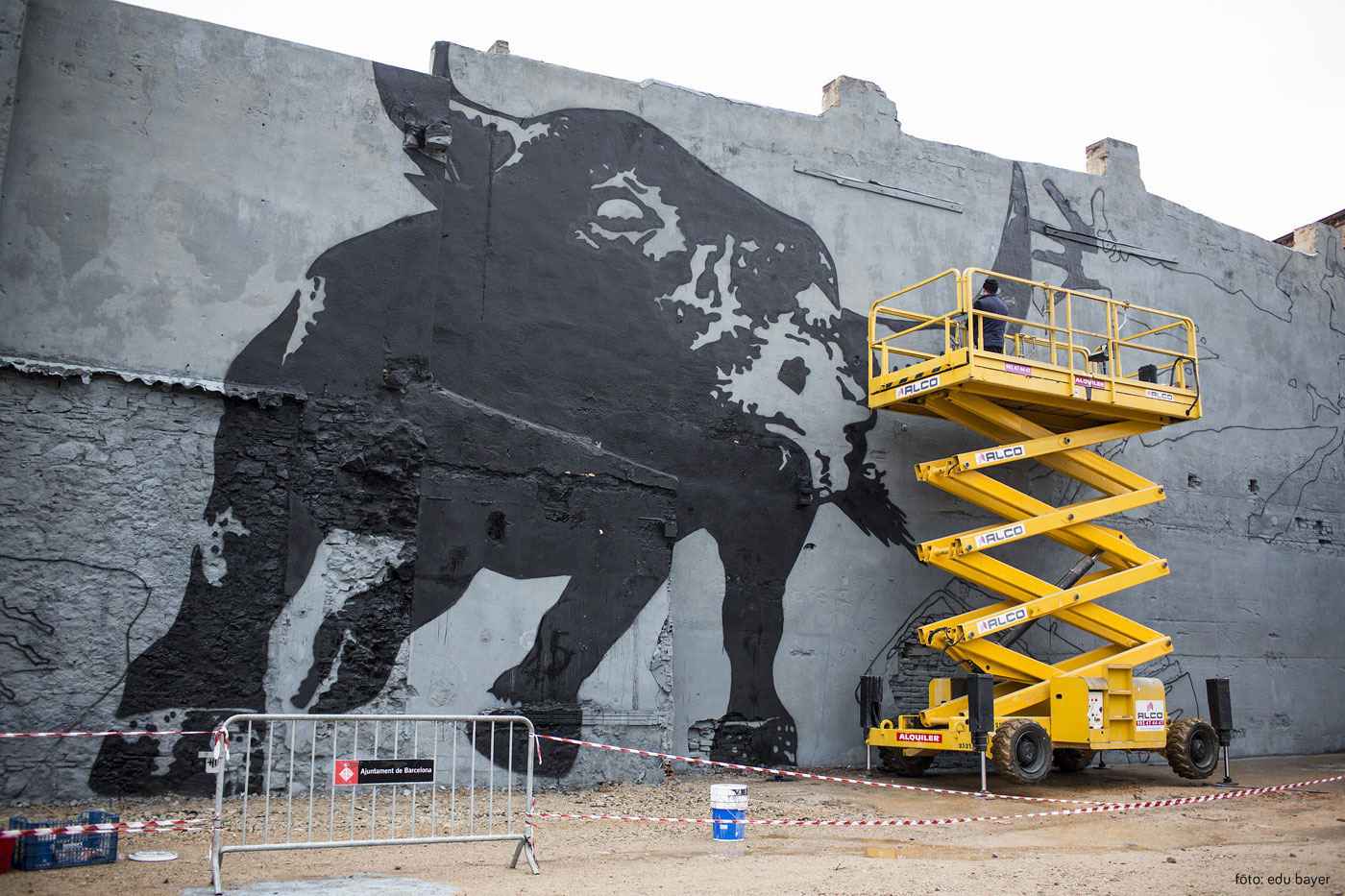 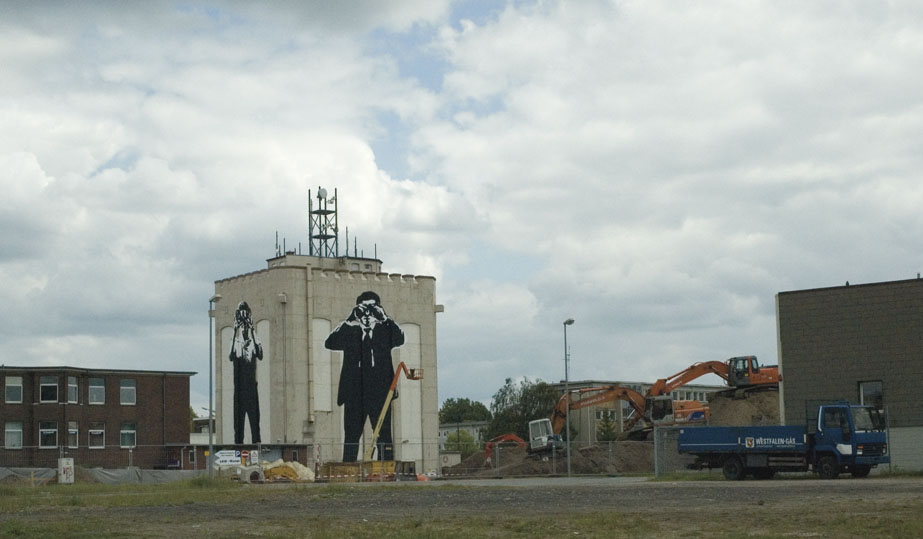 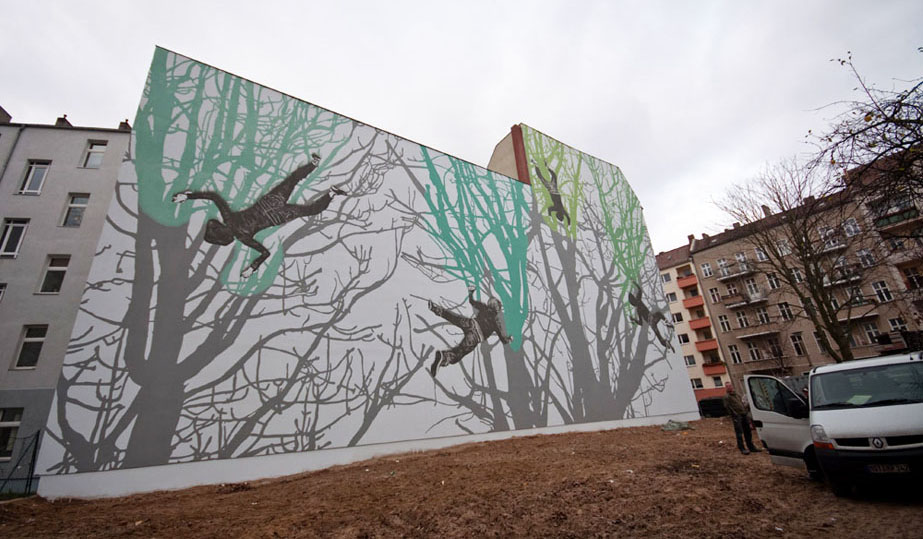 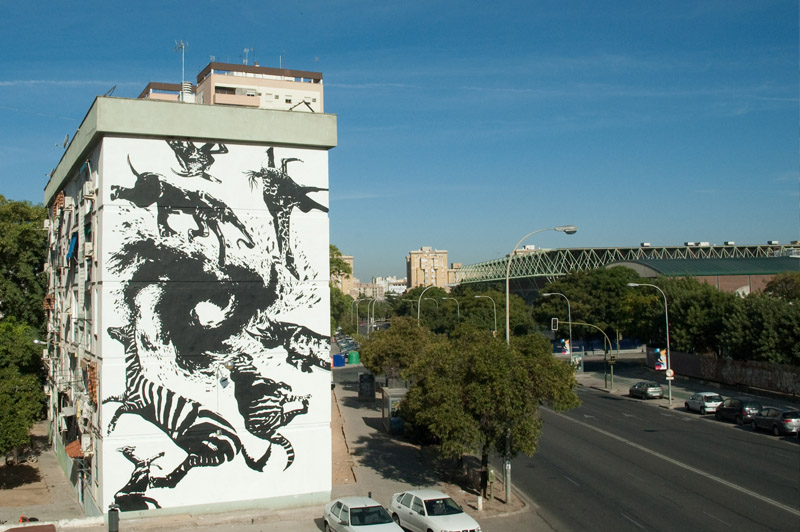