“Despite having painted since he was born, Ricardo Cavolo’s life changed on receiving a comission from Cirque du Soleil. Since that day he hasn’t looked back. He has published several books of his illustrations (Lunwerg, SM, Periferica…) and he is constantly working for different advertising companies. His has appeared in magazines and campaigns  for brands like Nike, Converse, Dockers, Levi’s… He’s also collaborated with the fashion world.

Ricardo has exhibited  both nationally and internationally. Over the last few months he has been working mainly with murals. He has created some murals for Urban Outfitters, Cirque du Soleil, FC Barcelona, Nike, Montreal’s Airport and many more.” 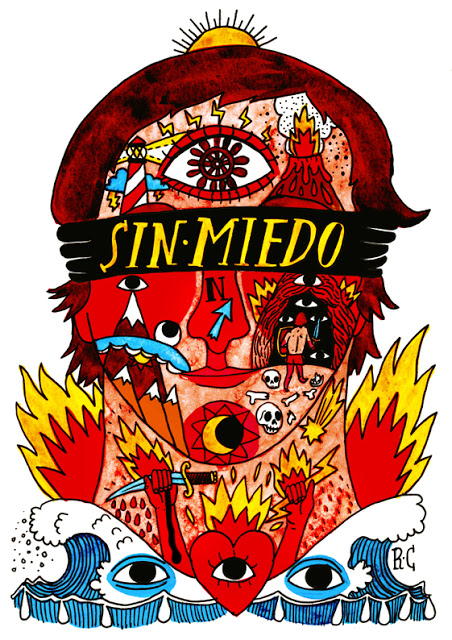