Born in Bilbao in 1979; illustrator, graphic designer, muralista and street roamer with over 10 years of experience in the local armamentistic industry, he was awarded the LAUS design award by FAD’s Associació Nacional de Dissenyadors i Directors d’Art in 2010 for his work on Canary Island TV’s bumpers. He’s exhibited in numerous cities such as London, Barcelona, Lisbon, Berlin and Miami, and has intervened in many others such as Los Angeles, Dakar, San Francisco or New York.

“My argument is bluntness and color. My work can be defined as an acid combination of pop elements influenced by graffiti, Mucha’s Art Nouveau, Moebius comics, X-Men, Hannah&Barbera… Typography and logos by Tony Dispigna, Herb Lubalin, Alex Trochut, Inocuo, Vasava; illustrations by San, Aryz, Sawe and hundreds of authors and people who give me the strength and motivation to move forward every day.” 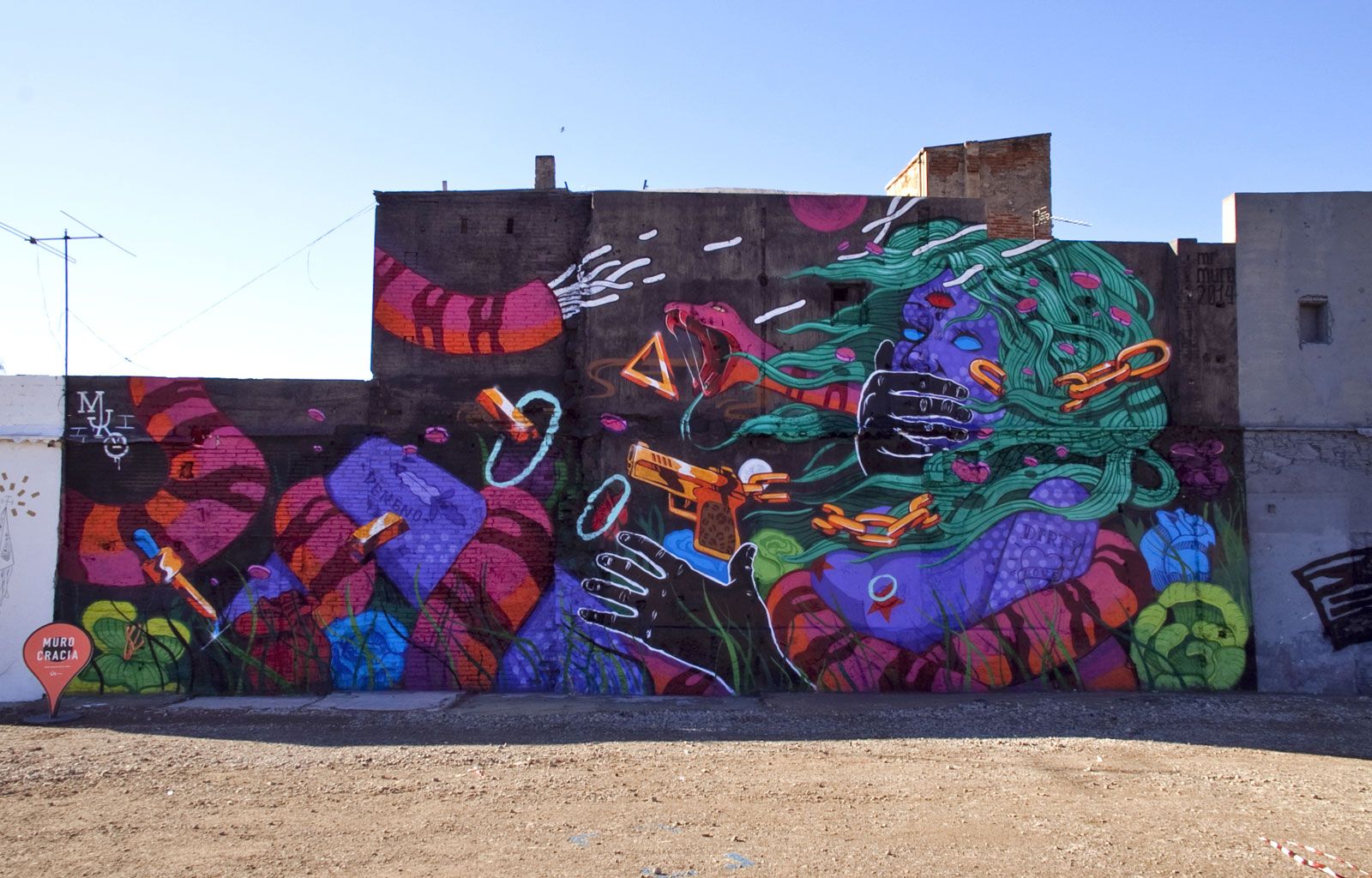 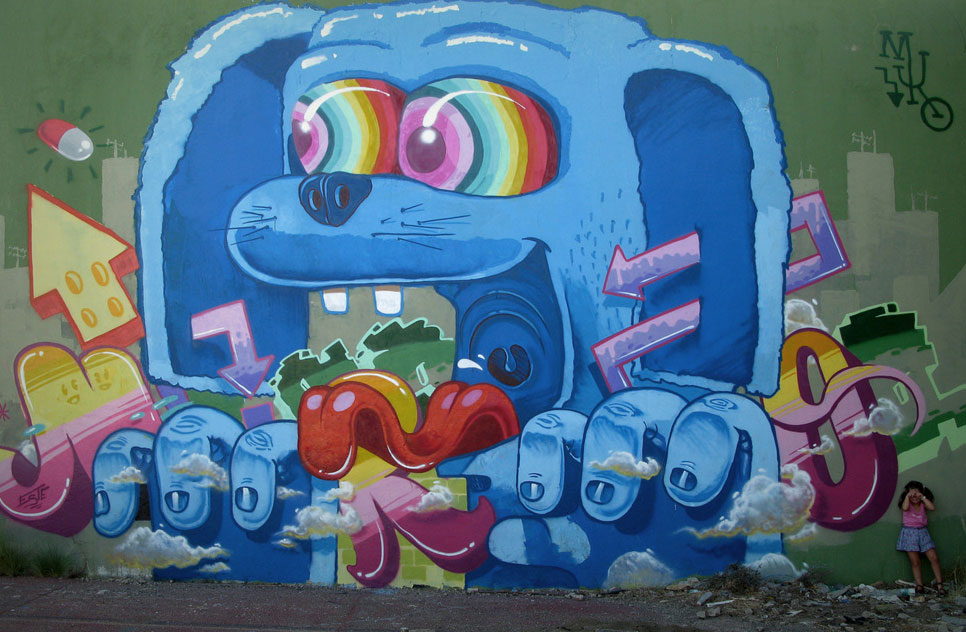 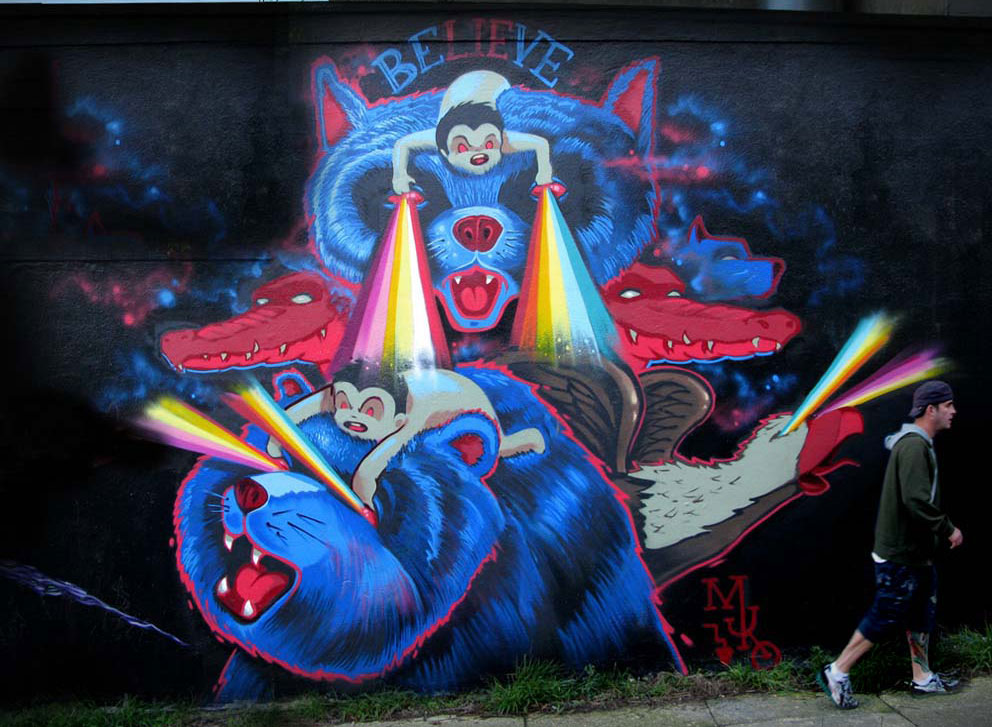