La Fundició de Poblenou is an industrial space repurposed as creation workshops for visual artists. The building is an organic space that allows for communication with the neighborhood’s most popular currents and the area’s lively artistic circle.

This small safe-house for free visual and plastic artists is open and interest for action, performance, sculpture and visual creation is predominant. La Fundición  promotes dynamizing activities in Poblenou.

Albert Capella, born and raised in Poblenou, is a sculptor that works with all types of materials rescued from all types of places, specially scraps of metal, antique objects and recycled tools from Poblenou’s oldest factories. He selects and extracts stones from the mountain, tree hulk remnants and lifeless natural elements, ceramics and wooden elements retrieved from dumping grounds in forgotten places, and even antique toys found at the very same Encants Vells that will now feature his work.

Rob Mac Donald, English sculptor established in Barcelona since 2010, works mainly with stone although he is known to sometime use other materials.

He has produced different types of landscaping projects in England and France, designing the environmental layout and vegetation as well as the furniture elements or fountains, in which he incorporates his carvings.

During Ús Barcelona, Albert Capella and his colleague at La Fundició Rob Mac Donald, will perform a live stone carving. 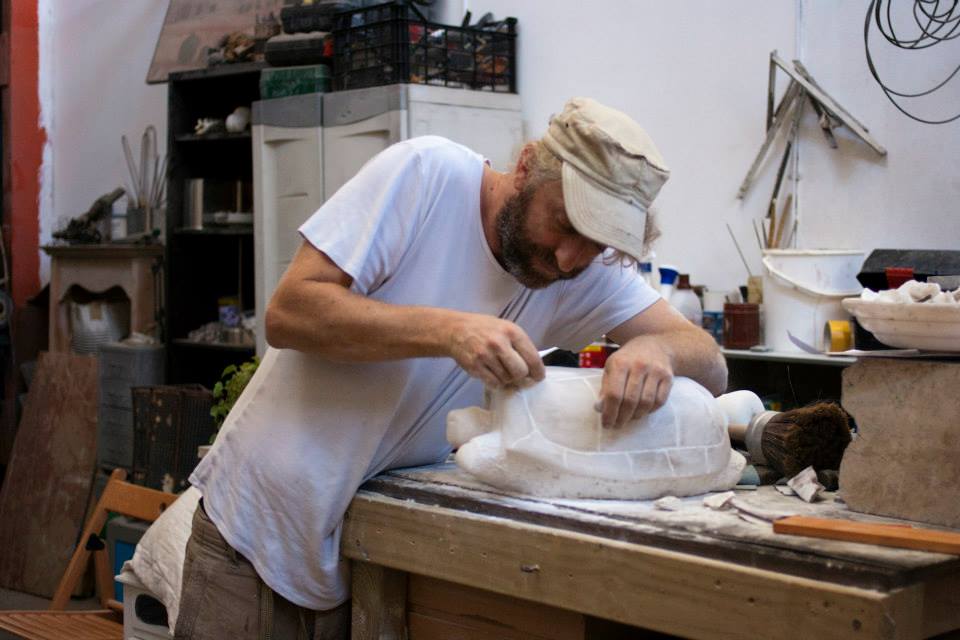 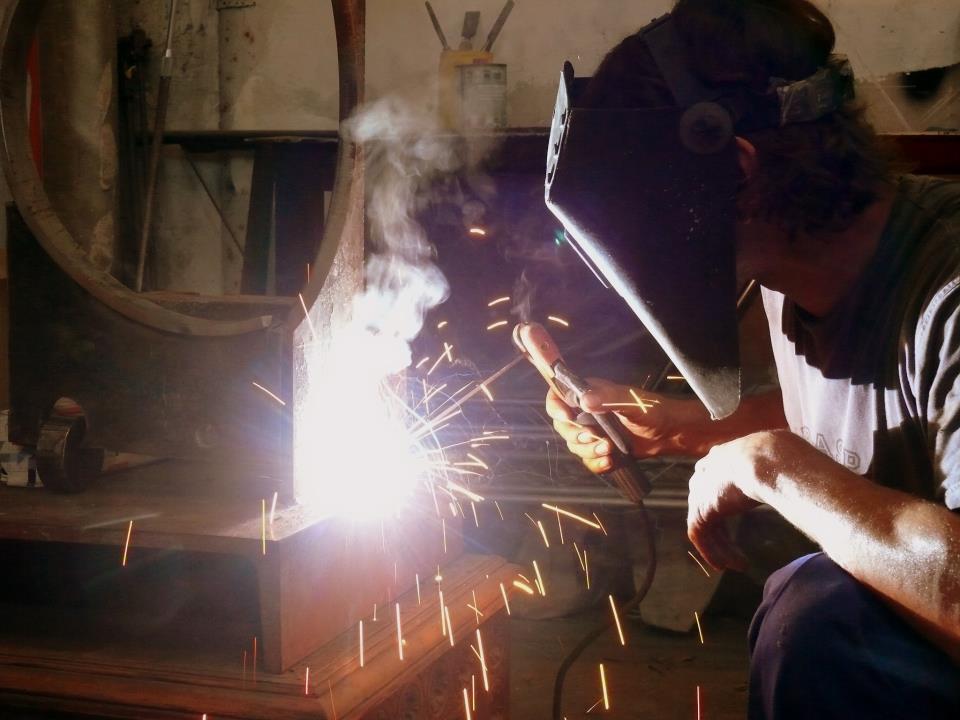