Joan Tarragó is a Barcelona based Illustrator and Art Director. Hes career started almost 10 years ago when he moved to Athens for a school internship. Since this time he became modern nomad of everyday life, always on the move between Barcelona and Berlin, Paris and Biarritz. He is in an interdisciplinary journey between illustration and graphic design, two-and three-dimensionality.

He believes illustration is no longer bound by the flat format, but very often inspects and develops space. With his projects he try to build bridges between art and design, where illustration, painting, street & communication all play an important role. Joan illustrates his fantastic animal’s world and characters, holy scenarios filled with symbolism and curious lines and textures. A ritual atmosphere ready to melt with typography and endless traces of organic lines growing fanciful. This very personal imagery it’s been shown all over Athens, Berlin, Paris and Biarritz.

He currently lives in between Barcelona, New York and Miami and keeps spreading his world through his studio taking part in art festivals, preparing new exhibitions and collaborating with brands and non corporate organizations doing what he love the most… Drawing, drawing, drawing, working hard and being nice to people. 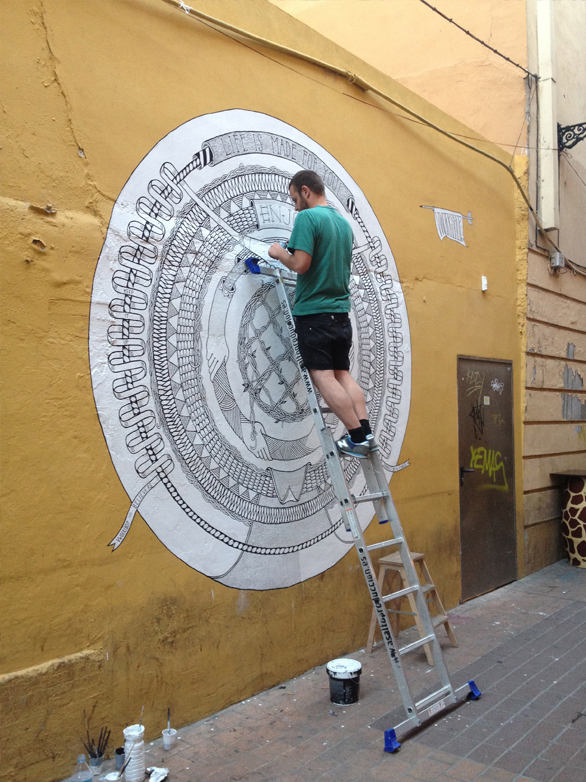