Circuit bending will introduce you to the universe of electronic and the most contemporary experiences. It’s an activity suited for all audiences, based on the trial-error system and DIY method.

During this workshop, we will electronically modify audio signals for our musical keyboard or sound gadget by interfering with its circuits and modulating some of the fixed parameters to our liking. We will listen to and select textures and sounds that we never knew our keyboard could create and generate a whole new instrument adapted to our own sensibility and taste. 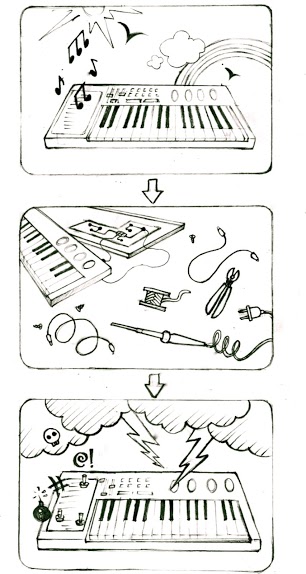 Born in the Canary Islands and established in Barcelona, Raúl González is a self-taught multidisciplinary expert with a PhD in DIY. His artistic curiosity has made him sample and learn from several disciplines, of which circuit bending and sonic circuit manufacturing are lately his favorites.